“I have given them the most secret impulses of my soul. From the first I have only danced my life”

Isadora Duncan became known as the pioneer of “free dance” movement of the early twentieth century. She developed the dance of the future, a dance technique influenced by the philosophy of Friedrich Nietzsche and idea of a dance based the ancient Greeks.

Angela Isadora Duncan (1877) is American dancer and artists but she lived in Western Soviet Union from the age of 22, and she performed to Europe after being exiled from the United States for her pro-Soviet sympathies.

Duncan career began by teaching lessons in her home through her teenage years. Her different dance is evident since her earliest years, because she dancing following her fantasy and emotions, and was full of improvised movements. Duncan love to travel, and she need to moving on, brought her to Chicago, and later to New York City where her unique vision of dance clashed with the popular pantomimes of theater companies. Feeling unhappy and limited in moved to London in 1898. There she found work performing in the drawing rooms of the wealthy and inspiration from the Greek vases and bas-reliefs in the British Museum. These engagements allowed her to find and rent a dance studio to develop and create larger performances for the stage. From London, Duncan traveled to Paris, where she drew inspiration from the Louvre and the Exposition Universal of 1900. Loie Fuller visited studio and invited Duncan to tour with her (1902) all over Europe, and she is creating new works using her innovative dance technique.

But her real mission was to create beauty and educated young, so she opened schools to teach young women. The first school was in Grunewald, Germany (1904). Later, Duncan established a school in Paris that was shortly closed due to the outbreak of World War I. She moved to the United States where transferred her school. Later she used very modern Century Theatre for her performances, which involved almost all of Duncan’s extended entourage and friends. Duncan left US in 1915 (critics says that the reason was her financial situation). Her leftist sympathies took her to the Soviet Union (in 1921), where she founded a school in Moscow. The Soviet government’s failure to follow through on promises to support her work caused her to move to West and leave the school.

“If I could tell you what it meant, there would be no point in dancing it”

Duncan developed a philosophy of dance based on old spiritual concepts and acceptance of pure dance as a high art, with a connection to a new and vital spirituality. As a dancer whose myth was at least powerful as her movements, she attracted the public imagination and many contemporary artists. Her speech, “The Dance of the Future,” (1903) became of the manifestos for the art of free dance. In her descriptions, she adopted a rhetoric of revitalized arts that was in many ways parallel to that of the Futurists, Symbolists, and other avant-garde visual art and literary movements.

„Any woman or man who would write the truth of their lives would write a great work. But no one has dared“ 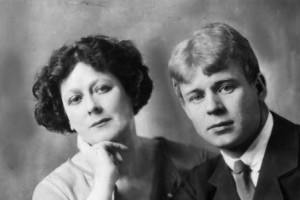 Duncan’s love affairs often had a literary and artistic dimension. She was married with Russian poet Sergei Yesenin, and they shared ideals about the revitalization of art although they barely understood each others languages and beside their age difference of 18 years. They try to recapture the “primordial poetic power” of art, Yesenin with his imaginism and images and metaphors in poetry, and Duncan with the simple, powerful movements. They got marriage and her husband Yesenin accompanied her on a tour of Europe and the United States. But unfortunately their marriage ended in 1923, and Yesenin returned to Moscow. After Yesenin’s suicide in 1925, Duncan’s affairs continued with the Cuban-American poet and playwright Mercedes De Acosta, affair with poet and expatriate Natalie Clifford Barney, famous for her literary salons in Paris.

She was radical artist and later she became known more for her financial troubles, public affairs, and regular intoxication than for her dancing.

Her death as her life was unusual. She died in an automobile accident in Nice, France, 1927, when her silk scarf, draped around her neck, became entangled around the open-spooked wheels on the rear axle, breaking her neck. 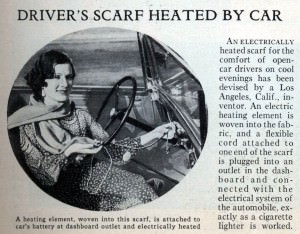 Living in the modern world, existing between cynicism and idealism, fill with belief in the power of audience and her ability to revive forgotten primordial sources of beauty, she become a powerful but vulnerable image of art and artist, and as she sad “Beauty doesn’t dies”.

When Art is Inspired by Art