The rise of the Theatre of the Absurd in the East is connected with the period of relative relaxation of the East European regimes after Stalin’s death. In the first decade after the communist take-over of power, it would have been impossible for anyone to write anything even distantly based on his experiences of life after the take-over without endangering his personal safety. The arts, as indeed all other spheres of life, were subject to rigid political control and reduced to serving blatant ideological and propagandistic aims. This was the period when feature films were made about happy workers in a steelworks, or about a village tractor driver who after falling in love with his tractor becomes a member of the communist party, etc. All the arts assumed rigidly conservative, 19th-Century realist forms, to which a strong political bias was added. 20th -Century developments, in particular the inter-war experiments with structure and form in painting and poetry were outlawed as bourgeois decadence.

In the years after Stalin’s death in 1953, the situation slowly improved. The year 1956 saw two major attempts at liberalisation within the Soviet Bloc: the Hungarian revolution was defeated, while the Polish autumn managed to introduce a measure of normalcy into the country which lasted for several years. Czechoslovakia did not see the first thaw until towards the end of the 1950s: genuine liberalisation did not start gaining momentum until 1962-63. Hence it was only in the 1960s that the first absurdist plays could be written and staged in Eastern Europe. Even so, the Theatre of the Absurd remained limited to only two East European countries, those that were the most liberal at the time: Poland and Czechoslovakia.

The East European Absurd Theatre was undoubtedly inspired by Western absurd drama, yet it differed from it considerably in form, meaning and impact. Although East European authors and theatre producers were quite well acquainted with many West-European absurd plays from the mid to late 1950s onwards, nevertheless (with very few exceptions) these plays were not performed or even translated in Eastern Europe until the mid-1960s. The reasons for this were several. First, West-European absurd drama was regarded by East-European officialdom as the epitome of West-European bourgeois capitalist decadence and, as a result, East European theatrical producers would be wary of trying to stage a condemned play – such an act would blight their career once and for all, ensuring that they would never work in theatre again. The western absurdist plays were regarded a nihilistic and anti-realistic, especially after Kenneth Tynan had attacked Ionesco as the apostle of anti-realism: this attach was frequently used by the East European officialdom for condemning Western absurd plays. 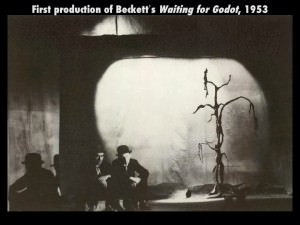 Secondly, after a decade or more of staple conservative realistic bias, there were fears among theatrical producers that the West European absurd plays might be regarded as far too avantgarde and esoteric by the general public. Thirdly, there was an atmosphere of relative optimism in Eastern Europe in the late 1950s and the 1960s. It was felt that although life under Stalin’s domination had been terrible, the bad times were now past after the dictator’s death and full liberalisation was only a matter of time. The injustices and deficiencies of the East European systems were seen as due to human frailty rather than being a perennial metaphysical condition: it was felt that sincere and concerted human effort was in the long run going to be able to put all wrongs right. In a way, this was a continuation of the simplistic Stalinist faith in man’s total power over his predicament. From this point of view, it was felt that most Western absurdist plays were too pessimistic, negative and destructive. It was argued (perhaps partially for official consumption) that the East European absurdist plays, unlike their Western counterparts, constituted constructive criticism.

The line of argument of reformist, pro-liberalisation Marxists in Czechoslovakia in the early 1960s ran as follows: The Western Theatre of the Absurd recorded the absurdity of human existence as an immutable condition. It was a by-product of the continuing disintegration of capitalism. Western absurd plays were irrelevant in Eastern Europe, since socialist society had already found all answers concerning man’s conduct and the meaning of life in general. Unlike its Western counterpart, East European absurd drama was communicating constructive criticism of the deformation of Marxism by the Stalinists. All that the East-European absurdist plays were trying to do was to remove minor blemishes on the face of the Marxist model – and that was easily done.

On the few occasions that Western absurdist plays were actually staged in Eastern Europe, the East European audiences found the plays highly relevant. A production of Waiting for Godot in Poland in 1956 and in Slovakia in 1969, for instance, both became something nearing a political demonstration. Both the Polish and Slovak audiences stressed that for them, this was a play about hope – hope against hope.

The tremendous impact of these productions in Eastern Europe can be perhaps compared with the impact of Waiting for Godot on the inmates of a Californian penitentiary, when it was staged there in 1957. Like the inmates of a gaol, people in Eastern Europe are possibly also freer of the numbing concerns of everyday living than the average Western man in the street. Since they live under pressure, this somehow brings them closer to the bare essentials of life and they are therefore more receptive to the works that deal with archetypal existential situations than is the case with an ordinary Wes-European citizen.

At the end of the 1960s, the situation in Eastern Europe changed for the worse. After the invasion of Czechoslovakia in 1968, it became apparent that Russia would not tolerate a fuller liberalisation of the East European countries. Czechoslovakia was thrown into a harsh, neo-Stalinist mould, entering the time capsule of stagnating immobility, in which it has remained ever since. Since it had been primarily artists and intellectuals that were spearheading the liberalising reforms of the 1960s, the arts were now subjected to a vicious purge. Many well-known artists and intellectuals were turned into non-persons practically overnight: some left or were later forced to leave the country. 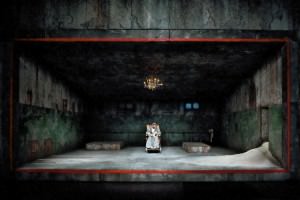 All the Czechoslovak absurdist playwrights fell into the non-person category. It is perhaps quite convincing evidence of the social relevance of their plays that the establishment feared them so much it felt the need to outlaw them. Several of the banned authors have continued writing, regardless of the fact that their plays cannot be staged in Czechoslovakia at present. They have been published and produced in the West.

As in the 1960s, these authors are still deeply socially conscious: for instance, Václav Havel, in the words of Martin Esslin, ‘one of the most promising European playwrights of today’, is a courageous defender of basic human values and one of the most important (and most thoughtful) spokespersons of the non-establishment groupings in Czechoslovakia.

It is perhaps quite interesting that even the Western absurd dramatists have gradually developed a need to defend basic human values. They have been showing solidarity with their East European colleagues. Ionesco was always deeply distrustful of politics and the clichéd language of the political establishment. Harold Pinter, who took part in a radio production of one of Václav Havel’s plays from the 1970s several years ago, has frequently spoken in support of the East European writers and playwrights. Samuel Beckett has written a short play dedicated to Havel, which was staged in France in 1984 during a ceremony at the University of Toulouse, which awarded Havel an honorary doctorate.

The Theatre of the Absurd, the West and the East II. The East (part 1)