The path of the genius has no limitation in borders, languages, countries, and any kind of social norm. That is the case of Eugenio Barba to. He is Italian born and has collaborated with his polish “colleague” Jerzy Grotovski, but his path end in Denmark, trough Norway.

In 1954 he travels to Norway and studies History of Religions and French and Norwegian Literature, in 1961 he left to Poland and later joined Grotovski. He stayed there 3 years, and then he went to India and then returned to Norway in 1964. Because there was a little chance in the path to the Norwegian mainstream theatre for him, he took the offer from the Danish municipality of Holstebro, to create a lab there. From that point on Barba and his collaborators have made Holstebro the base for their multiple activities.

Since 1974, Eugenio Barba and Odin Teatret have devised a unique way of presence in many social contexts practicing “barter”, an exchange of expressions with the communities and institutions, in a form of common performance.
In 1979 he founded ISTA, International School of Theatre Anthropology and by doing that he opened a new field of studies: Theatre Anthropology.

He is been awarded with honorary doctorates from over 10 universities in the world, and he is one of the few theatre giants in the 20 and 21st century.

Eugenio Barba continues to lead the Odin Theater, and some of the original actors are still with him.
Founding member Torgeir Wethal died in June 2010 making him the first Odin Teatret member to be buried in the Odin “family grave” in Holstebro. 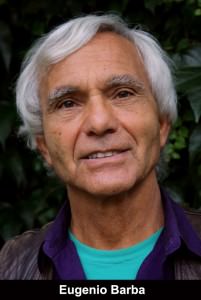 In the past 49 years, Odin Teatret has created some 74 performances, of which about 25 are still in its current repertoire. The most recent performance is The Chronic Life, which premiered in September 2011 and is now touring worldwide.

Odin Teatret’s publishing activities began in the 1960s with the publication of the magazine T.T.T. (Teatrets Teori og Teknikk) and Jerzy Grotowski’s book Towards a Poor Theatre, which was translated into more than fifteen languages. Today it publishes books about Odin Teatret and ISTA; videos of Odin Teatret’s performances, pedagogy and training; videos of other practitioners’ productions and pedagogy; music; posters; and the journal The Open Page.

Folow us
Connect With Us

Aug 26, 2016
3707
Machinal is a play, which lives’ on a stage almost a century, inspired by the real life case of convicted and executed murderer Ruth...