The Muses are mythological creatures that come from the myths of ancient times.They are goddesses of the inspiration or personification of knowledge and the arts, literature, theatre dance and music.

The Muses sang, like the bird-bodied Sirens, with whom they are sometimes contrasted. Their number is confusing and different from different sources. Homer refers to them as one Muse and as many Muses, were living on Olympus. Plato lists eight muses connected with eight mythical spheres. Hesiod refers to them as 9 daughters of Zeus and Mnemosyne, who were born in Pieria, Calliope, Clio, Euterpe, Thalia, Melpomene, Terpsichore, Erato, Polyhymnia and Urania

Many of the ancient writers invoke the Muses at the beginning of their work, writing poetry, hymns or epic history, for help or inspiration. Homer asks the Muses to help him tell the stories of the Iliad and Odyssey and until today the Muses are symbols of inspiration and artistic creation. 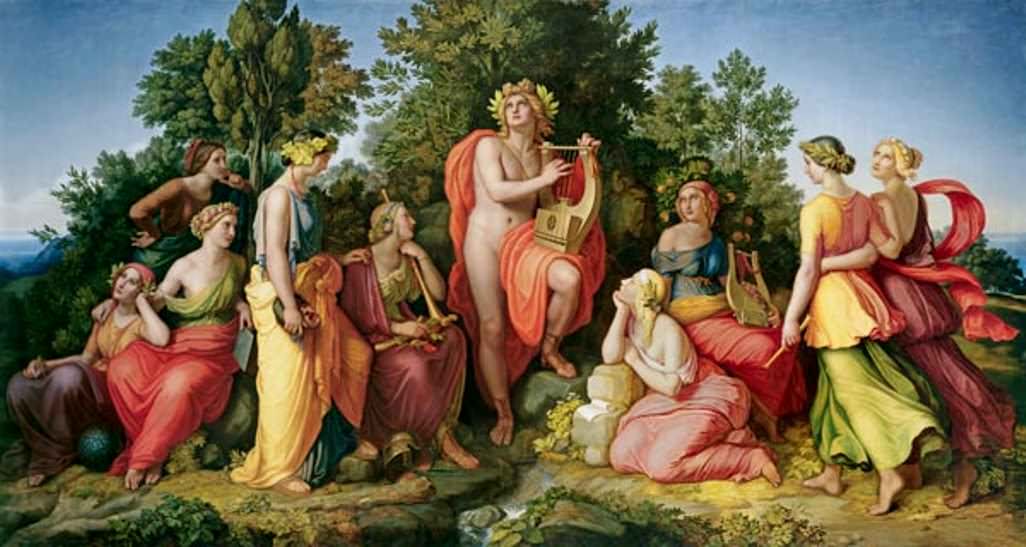 The muses have been inspiring artists since the antiquity and there countless paintings, drawings, designs, poems and statues dedicated to them. All artists of the Renaissance acknowledged their importance in artistic creation, dedicating their works to the Muses.

1. Clio discovered history and guitar, and she was always represented with a clarion in the right arm and a book in the left hand. 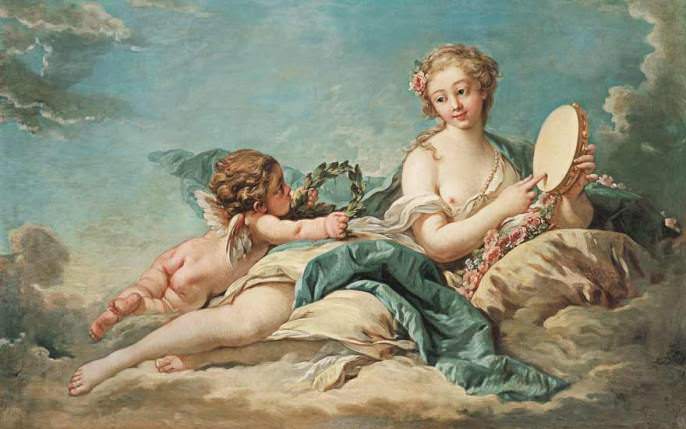 2. Euterpe discovered several musical instruments, courses and dialectic, depicted holding a flute, while many instruments were always around her. 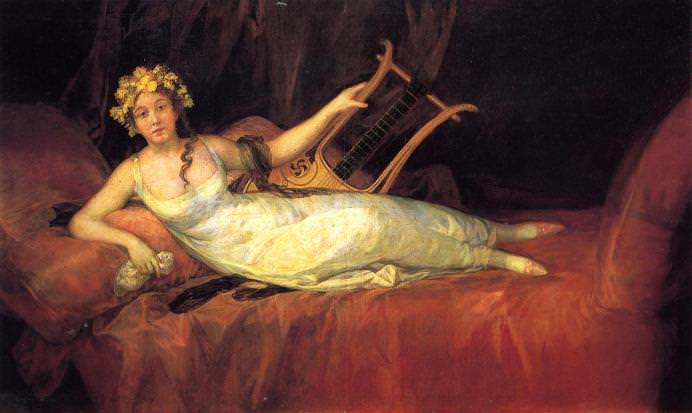 3. Thalia was the protector of comedy; she discovered comedy, geometry, architectural science and agriculture, and she was represented holding a theatrical – comedy mask. 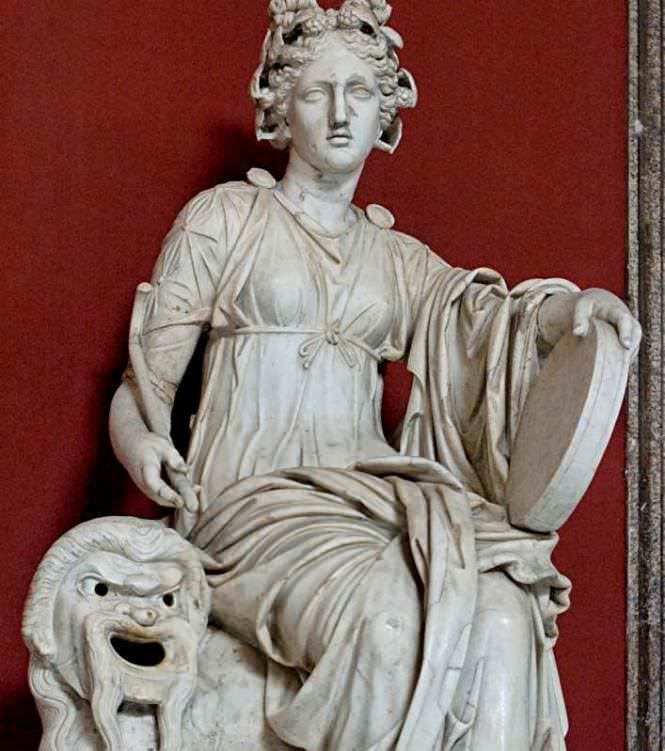 4. Melpomene invented tragedy, rhetoric speech and melos. She was depicted holding a tragedy mask and usually bearing a bat. 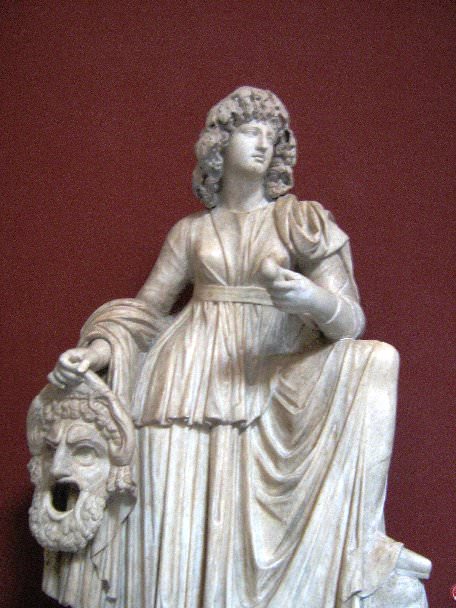 5. Terpsichore, the protector of dance, she invented dances, the harp and education. She was usually depicted wearing laurels on her head, holding a harp in her hand. 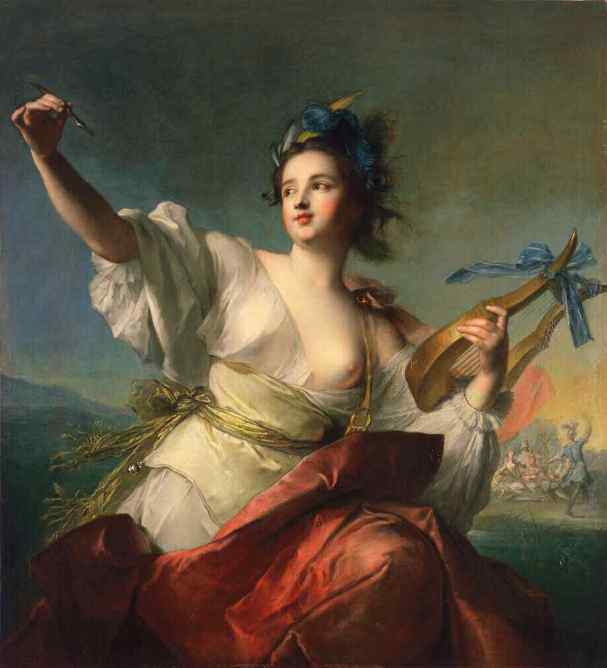 6. Erato, was the protector of Love and Love Poetry. Her name comes from the word “Eros” that refers to the feeling of falling in love. She is the muse depicted holding a lyre and love arrows and bows. 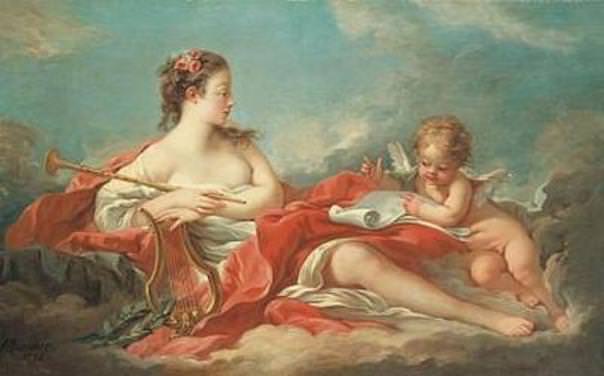 7. Polymnia, the protector of the divine hymns and mimic art and the muse who invented geometry and grammar. She was depicted looking up to the sky, holding a lyre. 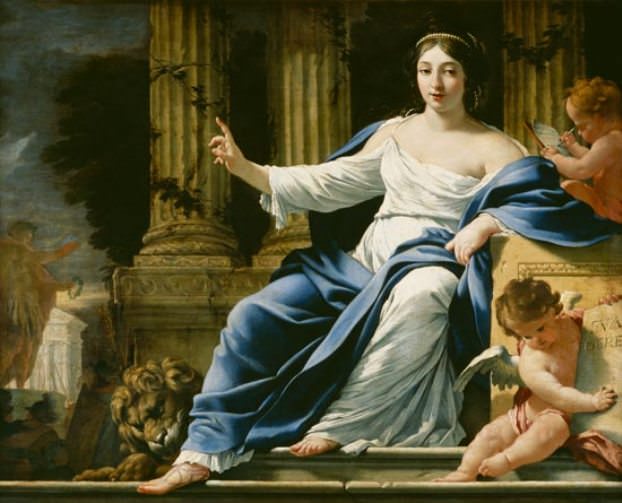 8. Ourania was the protector of the celestial objects and stars and invented astronomy, so she always bearing stars, a celestial sphere and a bow compass.

9. Calliope, was the superior Muse, accompanying kings and princes in order to impose justice and serenity. She was the protector of heroic poems, and rhetoric art of epic poetry. The myth says that Homer asks from Calliope to inspire him while writing Iliad and Odyssey, and, thus, Calliope is depicted holding laurels in one hand and the two Homeric poems in the other. 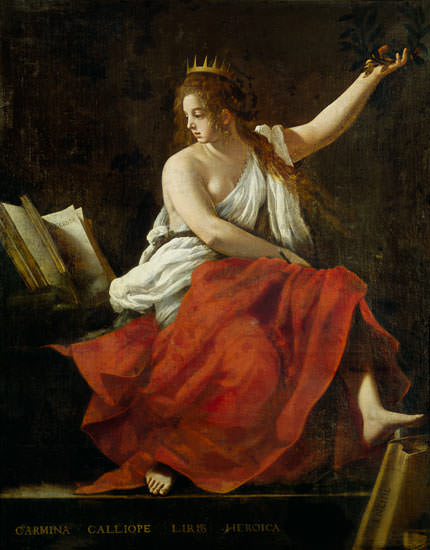 Theatre most using symbol, the two masks represent the traditional division between comedy and tragedy. They are symbols of the Thalia, Muse of comedy and Melpomene, the Muse of tragedy.