The audience in the true mining of the word is a group of individuals gathered together at a certain time and place to see the performance, which have own common features,  and can be from various types. Audience for theatre performance has artistic self-awareness and gives its “permission” to the art, which depended of some writing or not writing conventions in that period or the part of the world.

Audience is very important part of the theatre, they are not only applause. We already knew about the thought that theatre will be, will exist till there is one man on the stage and one in the audience.

Theatre plays and performances gives to the audience fantasy, symbols, metaphors, through the questions. Audience sees the style of playing, the innovations, the characteristics of periods and roles, and level of abstractions or reality.

Audience is making preparation for the event to understand and have a sympathy, and be willing to use imagination and remain open, to have interaction with each other and with the performance participants respond with imagination and making familiar revelations through compressed, focused, magical life.

So it looks, that audience is the best judge of the quality of the theaters, but the question is: What the audience really wants and what they really thinks, and how to find a way to ask audience, and to make them tell the true thoughts and fillings.

Sometimes theatres organize symposiums or forums, or other forms of meetings, to ask the audiences what they want, but they don’t give the expected results, because they are not usual, because they (actors and audience) and they are not used to it and because there are some kind of fear, some “what if” between them. 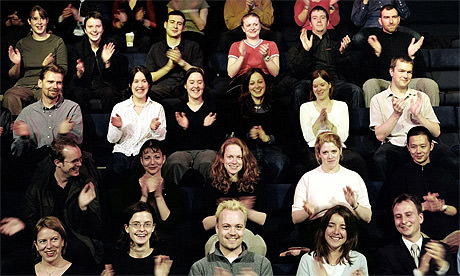 It is a very clear that theatre needs audiences and spends a great time trying to make closer connection and searching ways of  finding what is real, actual and necessary now, in the present and as good predicator of what they might do in the future. It needs to be a close relationship but that is often fraught with difficulties, suspicion and a lack of trust.

Because, sometimes, it looks very simply, if the audience didn’t laugh, it wasn’t funny, if they didn’t gasp, it wasn’t surprising. If they did not sit forward in their seats it is not suspenseful. If they don’t talk about it is not enough, intrigant, interesting even shocking.

Many people are artists some of the time and audiences some of the time too. It is interesting point of view that people from the stage, became the audience. The question is, did they tell or show what they really think and feel, or their behavior is in contest with the norms, and they reacted as every audience, not always and till the end honest. 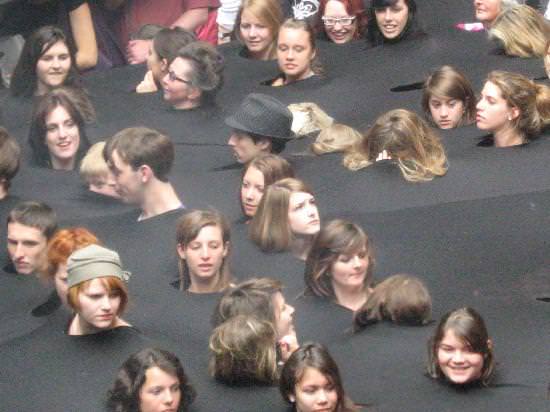 Maybe the   audiences need to be more involved in the theatre as a collaborators, as it is in some forms on modern or experimental theatres, in performances, street theatres, or as some of the theatre participants of 20-th century do. We will see what will be the place in audience in 21 century, on the stage or in front of the stage… Until than be good, and honest audience, and show what you really like, and what you don’t like.