A play begins its life in the mind of its creator and ends it in the minds and memories of those who have seen it, with the theatrical performance as the critical point of transmission. Postplay thinking takes many forms, but its formalization, usually in the form of writing, is known as dramatic criticism. Such criticism is meant to provide an informed, articulate, and communicative response to the play. Determining what makes a play successful, compelling, or significant can be brought into focus by considering it in light of five perspectives. These perspectives, which include a play’s relation to society, the individual, art, theatre, and entertainment, include all the areas within which a play is ordinarily judged and are implicit in the response of any audience.

Judging plays formally is as ancient as organized theatre itself. As one of the fundamental aspects of theatrical participation, it is open to amateurs and professionals alike. Professional criticism usually takes one of two forms. Production reviews appear in newspapers, primarily, and are an immediate response to the play, often by writers whose expertise is writing, not dramatic background. Therefore, they serve a useful function as consumer guides but occasionally also offer lasting insights. Scholarly criticism often appears in journals by persons more knowledgeable about theatre and without the space and time restrictions of newspaper critics.

Their responses, therefore, can consider any or all of the five perspectives above and can, for example, seek to uncover hidden aspects of a play’s structure, analyze its social issues, probe its meanings, or place it within cultural history. Student criticism characteristically adopts one of the perspectives listed above, but since a comprehensive background in the subject is not expected, different standards apply than those held up to scholarly criticism. 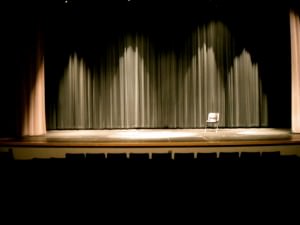 We who have seen a theatrical production or read a play are all critics, since theatre, as a form of communication, demands mutual and active participation. Audience members can sharpen their critical focus and keep the theatre honest, holding it to its highest standards, by attempting to develop and be aware of certain qualities of a fine critic. These are to be observant, informed, sensitive, demanding, and articulate. The best critics of the theatre are knowledgeable, fair, and open-minded.

If Theatre is Your Life you Have to…