Japanese theatre has a long and very rich history. There are four main types of traditional theatre in Japan, noh, kyogen, kabuki, and bunraku. These forms of theatre are very different and distinct from one another. 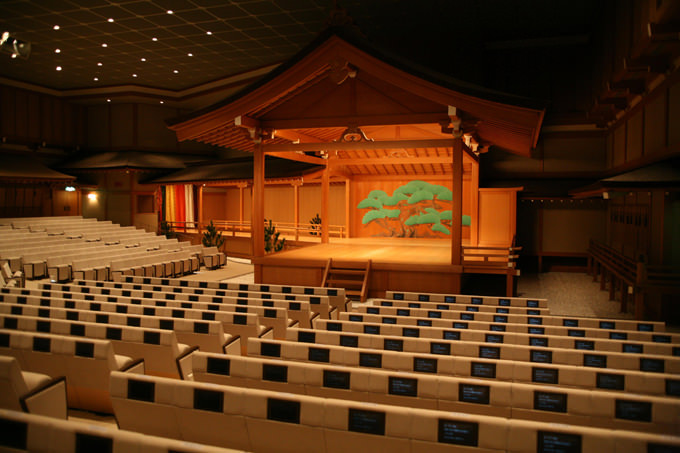 Noh theatre, also called nogaku, is a form of musical drama. The birth of the Japanese Noh theatre is in the fourteenth century. The characters in these plays are concealed by masks, and both male and female roles are played by men. The basic themes are based on a few historical stories. Noh theatre’s most often-performed play is Lady Aoi, based upon the eleventh century’s famous tale of Gengi’s novel. It is common for the performances to last an entire day. During each show, five plays are usually performed.

Kyogen theatre dates back to the fourth century. Interestingly, Noh plays were only put on to entertain people in the upper classes as an intermission between acts Kyogen was performed. It linked the Noh play’s theme with what was going on in the world at the time by using slapstick and farce. The big difference between Noh and Kyogen performances is that the Kyogen performers do not wear masks and the Noh performers do.

Bunraku is a Japanese theatre that uses puppets. The puppets used are usually about three to four feet tall and are controlled by puppeteers who dress completely in black and can be seen by the audience. In contrast, the omo-zukai (head puppeteer) wears colorful clothing. The leader of the plays also plays the shamisen, a Japanese stringed instrument. The most well-known bunraku play is “Chushingura: The Treasury of Loyal Retainers”. Unfortunately, the art of bunraku is losing popularity since the second half of the eighteenth century. Even with government funding, the future of the art form is questionable. The craftsmen of the intricate puppets are dying, and there aren’t many people that are interested in replacing them.

Kabuki is the most well-known to people around the world as a form of Japanese theatre that combines drama, dance, and music and is. The norm in the stage productions is to have swordfights and wild costumes. An interesting fact is that until 1680, the plays used real swords. The art of Kabuki was an opposition to the Noh theatre. The main goal was to tell a more timely and lively story to shock the audiences. The first Kabuki show was performed in 1603 and as time passed by, it grew into a highly stylized art form that remains popular today.