One of theatre’s greatest periods continues today. The modern period and its drama were shaped by world-changing forces, such as industrial-technological revolution, democratic revolutions, and an intellectual revolution that would disrupt earlier conceptions of time, space, the divine, human psychology, and social order. As a result, a theatre of challenge and experimentation emerged.

Realism, the movement with the most pervasive and long-lived effect on modern theatre, was conceived as a laboratory in which the ills of society, familial problems, and the nature of relationships could be “objectively” presented for the judgment of impartial observers. Its goal, of likeness to life, demanded that settings resemble their prescribed locales precisely and seem like rooms from real life in which one wall have been removed. The playwright Henrik Ibsen initiated the realistic period with plays focused on contemporary, day-to-day themes that skillfully reveal both sides of a conflict through brilliantly capturing psychological detail. Anton Chekhov, in Russia, would bring the form to its stylistic apogee with plays whose even minor characters seem to breathe the air we do and in which the plots and themes are developed primarily between the lines. An independent but concurrent movement, naturalism, would be an even more extreme attempt to dramatize human reality without the appearance of dramaturgical shaping. While realist plays would address well-defined social issues, naturalist plays offered a simple “slice of life” free from dramatic convention. With the same reverence for nature, the human being was conceived as a mere biological phenomenon whose behavior was determined by heredity and environment.

A counterforce to realism, initiated by symbolism, began in the late nineteenth century that would expand into what might be called antirealistic theatre. Symbolism would contest realism’s apparent spiritual bankruptcy with a form that would explore, through images and metaphors, the inner realities of human experience that cannot be directly perceived. A focus on traditional aesthetic values, such as poetry, imagery, and profundity would reflect the importance of purity of vision over observation, abstraction and enlargement over the mundane and ordinary. The movement spread quickly and affected every aspect of theatrical production.

Symbolism’s contestation of realism gave rise to an era of “isms,” during which the aesthetics of dramatic art assumed a new social and political significance. Such “isms” became, in time, used consciously as stylization in new dramatic formats. Such antirealistic theatre does not discard reality but enhances it with symbol and metaphor, elucidates parable and allegory, deconstructs and reconstructs subjects through language, scenery, and lighting, and finally uses the theatre’s own theatricality explicitly. Briefly examining eleven of these movements makes the diverse qualities and perspectives within antirealistic theatre apparent. From the emotional and “irrational” perspectives of Theatre of Cruelty to the rational and thought-provoking nature of Intellectual Comedy, pre-World War II antirealistic approaches such as Expressionism, Theatricalism, and the French Avant-Garde challenged and extended the limits of theatrical art. Through redefining the importance and function of language, extending the concept of character to include abstract forces or archetypes, reconstructing stage imagery through metaphoric scenery and lighting, and exploring themes often tinged with anxiety, such isms and stylizations have created much of the theatrical language used on today’s stages. 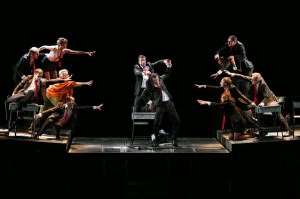 Following World War II, Theatre of Alienation would introduce new theatre practices and reawaken theatre’s sense of social responsibility, while the Theatre of the Absurd would express the futility of all action and pointlessness of all direction. Philosophical Melodrama accepted the Absurd’s premise that humans are alone in a silent universe, but takes it as a challenge to creating an effective life. The Comedy of Contemporary Manners would unmask the ridiculousness of social convention, while Political Satire ruthlessly reveals the hypocrisies and exploitations of political and economic systems within a comedic and often highly stylized framework. The Case Study uses, most often, medical problems as a perspective for philosophical investigations, frequently taking the audience into and back out of the “patient’s” experience. By contrast, the ostensible realism of Suprarealism is actually suffused with a menacing obscurity and mythic symbolism that seeks out patterns below surfaces.