There are so many different cultures in the world. Almost All cultures are formed in distinct ways by their mythologies.

So, traditional Japanese theatre is influenced by the Japanese ancient mythology. 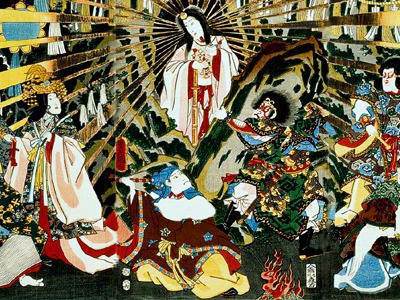 In this post will talk about Noh theatre and in some next post we will talk about Kabuki theatre, which are distinct art forms from the same Japanese culture and history, and they, of course, have some similarities. Noh theatre is played for aristocratic, meanwhile Kabuki was for the popular audiences.

The performance and staging of Noh account for many of its distinct features.

So, let see some characteristics, as first for the Noh theatre which can be interesting, because they are specific, and very different from the western theatre. 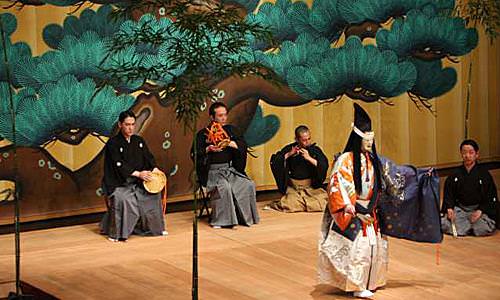 Noh theatre can be described as “the art of walking” because a great attention is given to movements of the actors, including their entrances and exits of the stage, because the stage has a special bridge for that. 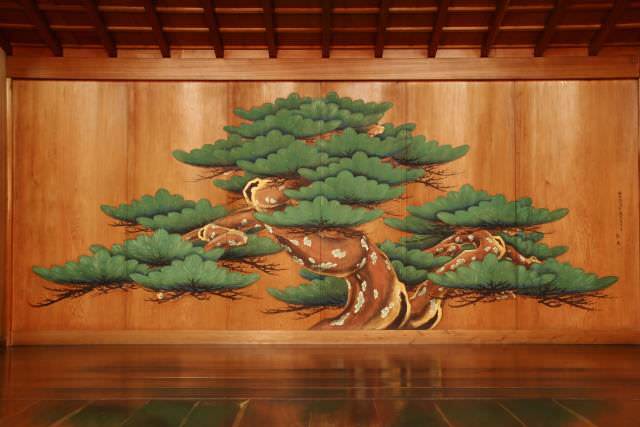 There is the painted tree on the back wall of the stage, as a reference when Noh originally were being performed outdoors, or as a represent of older tradition. Zen Buddhism has a major influence in the Noh plays.

Typically for Noh plays is that they are usually divided into five groups.

1. The waki nō,- tell a story the origin of his or her shrine;

2. Asura nō,- ghosts of famous samurais attempt to gain salvation from a monk.

4. Group of plays generally staged fourth, include the kyōran mono, and revolve around insanity, the genzai mono -take place in contemporary settings, and the onryō mono- about vengeful ghosts.

5. Kiri nō,аре performed last in a program of Noh plays and feature demons and other such mythological creatures as the main characters. 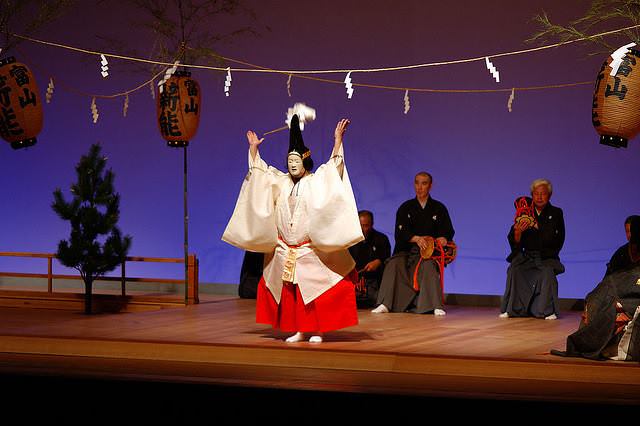 Most Noh plays follow traditionally two-act structures. Actors sometimes are wearing masks, and they have specific names, as the shite for the main actor and the waki for the secondary actor. There is also a chorus ji, of six or ten members who narrate dialogue between masked actors.

These are only basic characteristics of Noh theatre, and generally to the western spectator are unknown and seemingly complex, but in them is build long lasting tradition.