Because the product of the director’s art is not directly visible, audible, or sensed, it is perhaps the most ambiguous and mysterious in the theatre. Although the development of the director as an independent theatre artist has occurred in the past century, directing has been going on since theatre began. This evolution can be divided into three phases. Teacher-directors, who occupied the first phase, transmitted knowledge of the accumulated wisdom of the “correct” performance within a particular convention to others. In the second phase, realistic directors sought to organize and rehearse a company toward a complex and aesthetically comprehensive theatrical presentation that reflected the diversity and minutia of life.

They also opened the theatre to the myriad possibilities of psychological interpretation, thus making the individual crucial to the analysis and interpretation of plays and increasing the director’s creative function substantially. Directors who allied themselves with nonrealist playwrights, however, soon began a third phase, that of the stylizing directors who aim at the creation of originality, theatricality, and style. Unrestrained by verisimilitude, such directors introduced a lyricism and symbolism, an expressive and abstract use of design, explosive theatricality, and intentionally contrived methods of acting that continue to affect drama and theatre profoundly. Today, the answer to no question is self-evident, no style obligatory, and not interpretation definitive. The director has nearly limitless possibilities.

The director today serves a number of different functions that suggest the centrality of his or her role. When an independent producer is not involved, the director accepts responsibility for the financial support of the production. Fundamentally, the director envisions the primary lines of the productions and provides the leadership to realize that vision. The steps necessary to do so divide into two phases. In the preparatory phase, before rehearsals begin, the director selects the play (if the producer has not done so), formulates the guiding concept for the production, selects designers, guides and collaborates in a process of designing the look and sound of the show, and casts the actors. During the implementation phase, much of the director’s focus turns to the actors, as he or she stages the movement and positioning of actors and objects, coaches the actors toward effective performances, conducts the pacing of each section of the play, coordinates the designs with the acting and general staging in the final rehearsals, and gives the performance over to those that will present it. 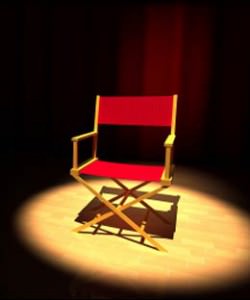 Directors come to the craft of directing in a number of different ways. Notable directors have often approach it after mastering another theatrical discipline. Directors entering the profession today have in most cases trained as directors in a conservatory or dramatic graduate program, where they have developed, in addition to the skills implied by the functions above, a strong literary and visual imagination, a strength of intellectual conceptualization, a sound knowledge of theatre history’s developments, styles, and masterworks, and familiarity with the potentials of technology, design, and theatrical space. Thus, the accomplished director is a well-rounded expert of the theatre.