The theatre is continually moving, it changes every day, faced with the danger of stagnation and death. Theatre is not just a play, it is not just an illuminated hall with an audience that loudly applauds. It is much more than that, it’s a hard and long-lasting process in which actors, directors, stage designers, dramaturges, costume designers contribute to the success of a performance, together with the audience as an important part of the process.

The theatre always tries to remain autonomous, to remain independent, but besides that, it is still a part of society and it develops under the direct or indirect influence of national, social, and cultural conditions, but also influences the conditions in which it exists.

The big success of the theatre in the past has depended on many conditions, thanks to the recognition and analysis of details, transformation, and reforms, the search for new forms and content, and by overcoming the obstacles throughout history. The new movements in theatre are based on something that is already known but also comes from rejecting some parts of the old and throwing away canons. 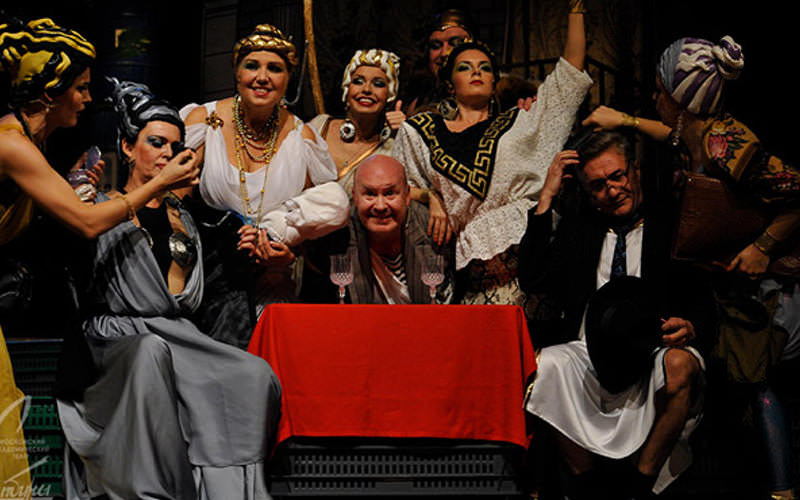 The theatre is a result of the actors’ unique actions and experiences in that precise moment, then and there, personally, publicly, creating a new or different reality.

When the actor is challenged and provoked on the stage, he searches for ways to act, for answers, he is trying to overcome the borders, and make them broader for himself and for everybody else. The theatre gives endless themes for people to think about, endless questions and the anticipation for answers, that the theatre is trying to answer for millennia now.

Until we search for an answer and we create those questions, we make one more step towards continuing the ongoing life of the theatre…