The strange task of the choir, the hybrid “being” that was an integral part of all the ancient tragedies, satiric dramas and comedies are hard to grasp if we are not reminded that, the choir is “the one” that gave birth to drama. Because of their sense of tradition, ancients from Athens, have never put it aside, not even when tragedy became drama and had no more logical need for that kind of form.

The choir was not anything like we consider choirs in melodrama today, but it also wasn’t as many consider a character itself. It was more “an ideal audience“, “the writer’s voice”; it was also called “a moral wave”. It had a practical use. It was used to clarify things for the audience, and to explain what was going on between acts, by filling the time-space continuum in the drama and was referred to as a substitution to curtains. 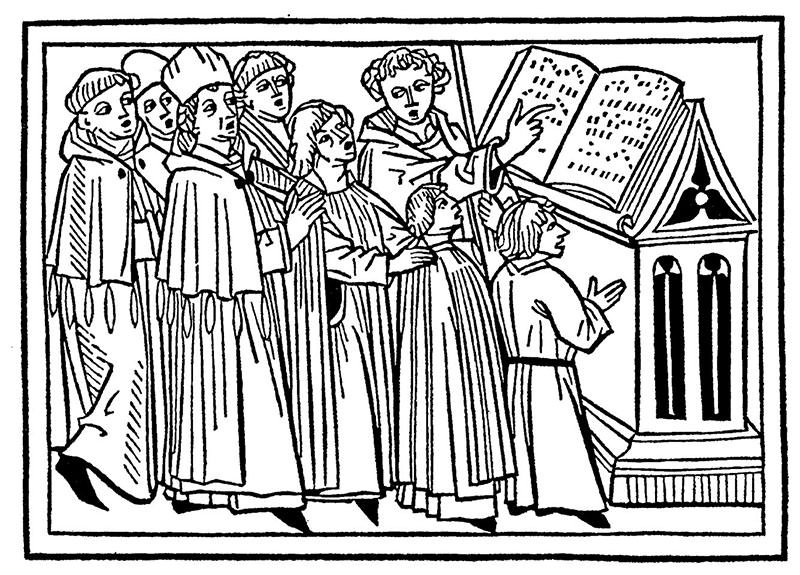 As time went on, and the essence in tragedy developed, the place for the choir was put aside. When Aeschylus, Sophocles, and Euripides were to create the basic platform of the future for the theatre, the choir was more and more an unneeded part of the structure of the play.

While Aeschylus made it bigger in order to justify its existence, but later at Euripides and his work the choir is marginalized, and he gave full freedom to the director to use this form in his way of work. In time, it completely lost its spot in its original form but it still is one of the most important parts of theatre history.

A Word or Two About Theatre