On August 15, 2013, in Nice, France, another star of the theatre stopped shining on the “sky of curtains”. Slawomir Mrożek died in the age of 83. He is considered by most of the world critics as the biggest name in the polish dramatist and writer. His pieces at their time were truly an avant-garde of the mainstream dramas. His works are still close to our everyday reality but by now he is considered a classic of his own kind in some parts of the theatre communities.

He begins his theatrical work the late 1950s, and his plays were full of absurdist fiction, non-realistic, historic, and political elements, intended to shock the audience.

His first play, The Police (Policja), was published in 1958. 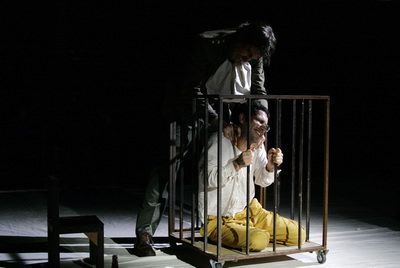 In 1965, he wrote his first full-length play, “Tango” with theme about totalitarianism, in the style of Theatre of the Absurd. It was his most famous play, produced in many Western countries, and Mrozek became one of the most known Polish dramatists.
His second popular play was The Emigrants (Emigranci 1975), ironic story of two Polish emigrants in Paris, was produced by Andrzej Wajda at the Teatr Stary in Kraków. 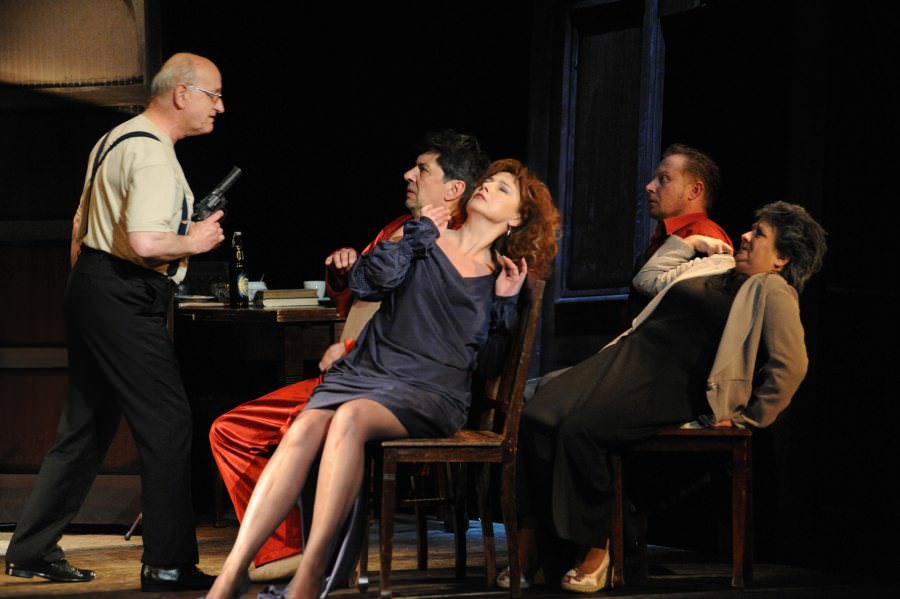 After the military crackdown of 1981 Mrożek wrote the play called “Alfa”, about the imprisoned Solidarity leader Lech Wałęsa who became President of Poland after the collapse of the Soviet empire.

But, after the introduction of martial law in Poland, productions of Alfa were banned, with two of Mrożek’s other plays, Vatzlav and The Ambassador.

In 1961 he wrote “Out at Sea and Striptease”, about the complete inability of the characters in both plays to ally themselves against the forces of destiny. These plays did not produced positive attention in Poland. After that, in 1963 he emigrated, and his other plays were writhing in emigration. 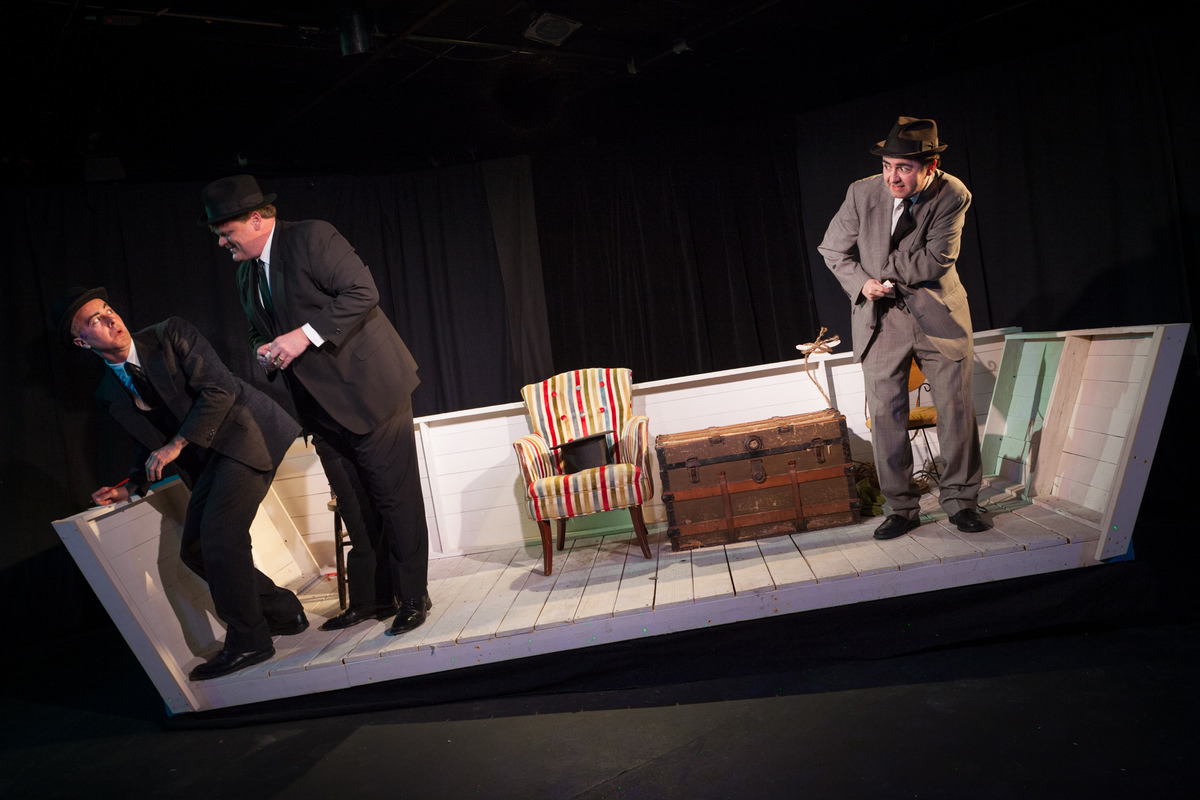 Out at Sea and Striptease

His most famous works ,“The Professor”, “Slaughterhouse”, “Tango”, “The fortunate event”, “The Party” , The Police”, were part of the theatre of the absurd and by many considered closest to works of Ionesco. 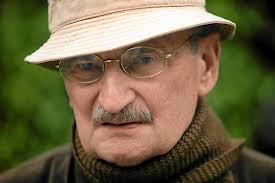 Mrozek lived in Kraków during World War II, and after finishing high school, he debuted as political hack-writer. He was the member of the Polish United Workers’ Party, and made a living as political journalist, writing against the totalitarianism, and about the troubles that the Polish society faced in the post war period.

In 1963 Mrożek immigrated from Communist Poland to Italy, because of the antagonism between him and the polish authorities, and he turned critical of the Polish communist regime.

After five years, he moved to France, and received French citizenship, but his earlier life-experience during the era of Stalin enabled him to deftly skewer totalitarian politics and practices while looking at the reasons people fail to defy them. He also protested publicly against the Warsaw Pact invasion of Czechoslovakia (1968) from France. Polish government took him the polish citizenship. Long after the collapse of the Soviet empire he commented on his fascination with Communism in a following way.

Later he went to Mexico, but in 1996 he returned back to Poland. In 2002 he had a stroke, resulting in aphasia, which took him several years to cure. In 2008 he left Poland again and moved to Nice in southern France, where hi live till his death in 2013 and was bared with high honors.

His plays are still actual today in the theatres all over the world.